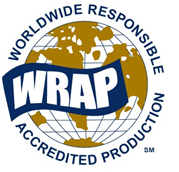 Headquartered in Arlington, Virginia, USA, WRAP is an independent, objective, non-profit team of global social compliance experts dedicated to promoting safe, lawful, humane, and ethical manufacturing around the world through certification and education. International Associates Limited is accredited to carry out WRAP assessments to the Certification Programme.

WRAP was formed out of the desire to create an independent and objective body to help apparel and footwear factories around the world verify that they are operating in compliance with local laws and internationally-accepted standards of ethical workplace practices. Their origins can be traced back to the mid-1990s, when reports surfaced of sweatshop-like conditions in numerous apparel factories around the world, including excessive working hours, unsafe conditions, and the denial of several legally-mandated benefits to workers. Recognizing that such a scenario could jeopardize the apparel industry as a whole, the American Apparel Manufacturers Association (now the American Apparel and Footwear Association) moved to coordinate an industry response to the issue.

A task force was formed which received input from a variety of stakeholders including brands, suppliers, NGOs, academia, and government officials. Based on their findings, the task force recommended the creation of an independent third-party organization free of government or corporate influence, that could identify and reduce the prevalence of sweatshop conditions in factories around the world. The first Board of Directors was named in 1999 and WRAP was officially incorporated in 2000.

Recognizing that the program’s credibility depends on ensuring objectivity, WRAP is specifically organized to be independent – both financially and in terms of governance – of the apparel industry. This starts with the make-up of its independent Board of Directors. Although the apparel industry is represented on the Board to provide insight and perspective, by charter the majority of the Board is comprised of individuals not affiliated with the industry. Further, structurally, WRAP is not set up as a membership organization (yet, despite receiving no income from dues, memberships or government grants, WRAP is financially sound, with its revenue being generated entirely through facility registration fees and training revenues).

Today, WRAP has grown to become a global leader in social compliance and a trusted independent supply chain partner for dozens of companies around the world. Its comprehensive facility-based model has made it the world’s largest independent social compliance certification program for the apparel/textile industry (according to a 2010 UNIDO Study, Making Private Standards Work For You, WRAP is the “standard most often cited” for social compliance certification in the textile sector). There are currently over 2,200 WRAP-certified facilities found throughout the world employing over 2 million workers.

The wrap Principles are based on generally accepted international workplace standards, local laws, and workplace regulations, and include the spirit or language of relevant conventions of the International Labor Organization (ILO). The Principles encompass human resources management, health and safety, environmental practices, and legal compliance including import/export and customs compliance and security standards.

International Associates Limited are accredited to the WRAP Certification Program who’s objective is to independently monitor and certify compliance with these standards, to ensure that sewn products are being produced under lawful, humane and ethical conditions. Participating facilities voluntarily commit to ensuring that their manufacturing practices will meet these standards, and further commit to passing along, on their part, the expectation that their contractors and suppliers likewise comply with these standards.

Compliance with Laws and Workplace Regulations

Facilities will comply with laws and regulations in all locations where they conduct business.

All facilities will comply with the legal requirements and standards of their industry under the local and national laws of the jurisdictions in which the facilities are doing business, along with any applicable international laws. This will cover all labor and employment laws of those jurisdictions, as well as laws governing the conduct of business in general, including rules and standards of ethics dealing with corruption and transparency, and any relevant environmental laws.

Facilities will not use involuntary, forced or trafficked labor.

Facilities will maintain employment strictly on a voluntary basis. Facilities will not use any forced, prison, indentured, bonded or trafficked labor. This will include ensuring that any workers they hire will be under labor contracts that fully comply with all relevant legal requirements and do not impose any form of coercion (including imposing substantial fines or loss of residency papers by workers leaving employment or restricting a worker’s ability to voluntarily end his/her employment). In addition, when hiring workers through an employment broker or agency, facilities will ensure that the workers’ passports are not withheld; all written contracts are in the native language of the workers, and recruitment fees are not borne by the workers themselves.

Facilities will not hire any employee under the age of 14 or under the minimum age established by law for employment, whichever is greater, or any employee whose employment would interfere with compulsory schooling.

Facilities will ensure they do not engage in any form of child labor, including, but not limited to, the internationally recognized worst forms of child labor. Facilities may not employ any person at an age younger than the law of the jurisdiction allows, and in any case not below the age of 14, even if permitted by local law. In addition, facilities will adhere to local legal requirements regarding mandatory schooling. Further, if, where permitted by local law, a facility employs young workers (defined as workers whose age is between the minimum age of employment and 18 years), the facility will also comply with any applicable legal restrictions on the nature and volume of work performed by such young workers, as well as any other requirements imposed by law, including ensuring that such young workers do not perform any hazardous work (e.g., chemical handling or operating heavy machinery).

Prohibition of Harassment or Abuse

Facilities will provide a work environment free of supervisory or co-worker harassment or abuse, and free of corporal punishment in any form.

Facilities will ensure a workplace that is respectful of a worker’s rights and dignity. This includes ensuring that no corporal punishment or physical coercion is used. Facilities will not engage in or tolerate sexual harassment, indecent or threatening gestures, abusive tone or language, or any other kind of undesired physical or verbal contact, such as bullying. In particular, facilities will ensure proper training at all levels – including management, supervisors and workers – to secure a workplace free of harassment or abuse.

Facilities will pay at least the minimum total compensation required by local law, including all mandated wages, allowances & benefits.

Facilities will ensure proper compensation for their employees for all the work done, by providing in a timely manner all the wages and benefits that are in compliance with the local and national laws of the jurisdiction in which they are located. This will include any premiums for overtime work or work done during the holidays, as well as any other allowances or benefits, including any mandatory social insurance, required by local law.

Hours worked each day, and days worked each week, should not exceed the limitations of the country’s law. Facilities will provide at least one day off in every seven-day period, except as required to meet urgent business needs.

Facilities are required by local law to adhere to any limits set on regular working hours as well as any limits set on overtime work. Long term participation in the WRAP Certification Program is contingent upon meeting the limitations set by local law. WRAP recognizes that this can be a particularly challenging requirement, especially when taking into account local enforcement norms and customs. In light of this reality, WRAP will permit full compliance with local laws on working hours to be achieved incrementally, provided that a given facility meets the following conditions: is fully transparent about its working hours; ensures that those hours are all being worked voluntarily, in conditions that protect worker safety and health; compensates all employees in keeping with WRAP Principle 5; and shows improvement toward meeting the working hours requirements from one audit to the next.

Facilities will employ, pay, promote, and terminate workers on the basis of their ability to do the job, rather than on the basis of personal characteristics or beliefs.

Facilities will ensure that all terms and conditions of employment are based on an individual’s ability to do the job, and not on the basis of any personal characteristics or beliefs. Facilities will ensure that any employment decision – involving hiring, firing, assigning work, paying or promoting – is made without discriminating against the employees on the basis of race, color, national origin, gender, sexual orientation, religion, disability, or other similar factors (pregnancy, political opinion or affiliation, social status, etc.).

Facilities will provide a safe, clean, healthy and productive workplace for their employees. Facilities shall prioritize worker health and safety above all else, and proactively address any safety issues that could arise. This will include a wide variety of requirements, such as, ensuring, among other things, the availability of clean drinking water (at no charge to workers), adequate medical resources, fire exits and safety equipment, well-lighted and comfortable workstations, and clean restrooms. Further, facilities shall adequately train all their workers on how to perform their jobs safely.

Freedom of Association and Collective Bargaining

Facilities will recognize and respect the right of employees to exercise their lawful rights of free association and collective bargaining.

Facilities will respect the freedom of each employee to choose for him- or her-self whether or not to join a workers’ association. Facilities cannot discriminate against workers based on whether or not they choose to associate. Both the facility and the workers shall ensure they conduct themselves in accordance with all relevant laws in this regard. Facilities will ensure an effective mechanism is in place to address any workplace grievances.

Facilities will comply with environmental rules, regulations and standards applicable to their operations, and will observe environmentally conscious practices in all locations where they operate.

Facilities will ensure compliance with all applicable legally mandated environmental standards, and should demonstrate a commitment to protecting the environment by actively monitoring their environmental practices. In particular, facilities will ensure proper waste management, including monitoring the disposal of any waste material – whether solid, liquid or gaseous – to ensure such disposal is done safely and in a manner consistent with all relevant laws.

Facilities will comply with applicable customs laws, and in particular, will establish and maintain programs to comply with customs laws regarding illegal transshipment of finished products.

Facilities will ensure that all merchandise is accurately marked or labeled in compliance with all applicable laws. In addition, facilities will keep records for all materials, and orders, as well as maintain detailed production records.

Facilities will ensure adequate controls are in place to safeguard against the introduction of any non-manifested cargo. In this regard, WRAP recognizes the United States Customs and Border Protection (CBP) ’s C-TPAT Guidelines for Foreign Manufacturers as a best practice program, and has adopted those guidelines under this Principle.

For more information about Worldwide responsible accredited production please contact us by using our contact form, by phone or drop us an email. We will be pleased to assist you.

Alternatively get a quote by filling in our enquiry form 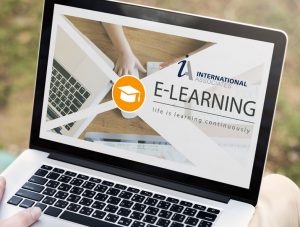 International Associates Limited’s will be running its fourth On-Line SAI-Approved SA8000 Introduction & Basic Auditor Course on 16-20 November 2020. The reception from participants was quite good as lockdowns in different countries across the world made it difficult ....

Since the first quarter of 2020 until now, we are facing a very challenging time due to COVID-19 pandemic, and all business sectors and industries
View More

International Associates is a leading eLearning and classroom based training course provider within the field of Labour Standards and Quality Management systems.

The courses are professionally developed by competent tutors and subject matter experts. Courses are available both classroom based and online eLearning.

Go to our training course page to learn more about the courses available by clicking on the link below. 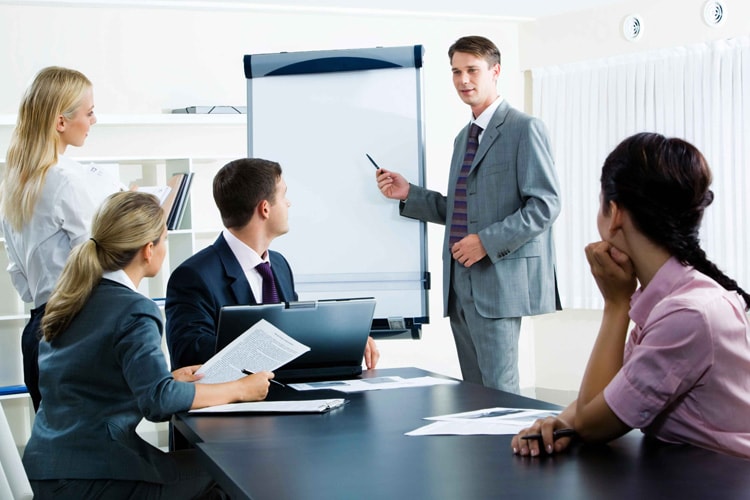